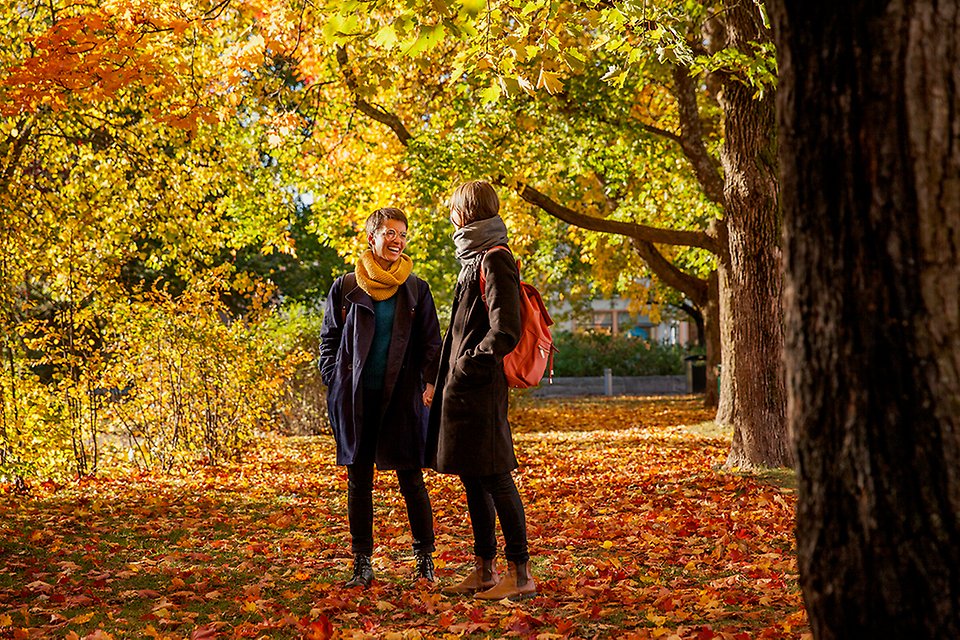 Are we new to each other? Are you about to choose Umeå as your new hometown, or have you already moved here? It's cool, anyways! Umeå is welcoming and open and you will be a part of this unruly but kind city in no time. A good first step however is to take this crash course.

Umeå, often called The City of Birches, especially so back in the 20th century.

Today, the term is mainly used in conversation with Umeå residents well above the average age of 39 years. If the person you meet is only slightly younger, the nickname UÅ works just as well. And to get a hang of the pronunciation – start with a ”you all” and let both the L:s become silent.

Once you are in place, embrace the word "pepp" right away, it will be referred to pretty soon. Pepp is inspiration, the raw material we use to influence and fire up others, which we like to do here.

We inspire people to participate, to contribute, to think, to do. Pepp is positive, it's about the feeling that something, anything, just might be possible - that we at least should give it a real try.

This is crucial, because inspired people are behind pretty much everything that´s new and exciting, and fortunately we can all waste inspiration, as it is a renewable energy source.

In Umeå, it has resulted in a Do-It-Yourself culture, which, however, always means that you do things together rather than by yourself, as long as it has an independent aura.

Independence is a thing here.

Alongside creativity and creation, that also plays major roles here, for natural reasons. It is basically the meaning of life and that is why we invest in design, in all its forms.

The highest ranked design educations in the world, Umeå Institute of Design, the School of Architecture, the Academy of Fine Arts and eXpression gather on the Umeå Arts Campus, but everywhere in the city we question attitudes and platitudes.

What do we want tomorrow to look like? How can we create a better version of ourselves and of the city? Who, if not ourselves, can answer that question?

We encourage everyone to become an influencer, in your own way.

Some move people with words. Two of the city's most famous authors are both named Stig Larsson, and the one who spells his name Stieg has made millions of men around the world distance themselves from men who hate women, in the best selling Millennium trilogy.

Others lead by example. Cleo and Fricky are acclaimed artists and relationship role models, testing a marriage without stereotypes. Fricky walks around with a Babybjörn and happily admits that what he has learnt to do in bed, which is of any importance, he has learned from Her.

It is so liberating that guys now can hum a new tune.

Speaking of tones. If you are completely new to the city, listening to the UÅ song is recommended, by the creative collective Random Bastards. A 7.01 minute long intense course about Umeå, and a Who's Who in hip-hop Umeå.

Animal rights activism and veganism have always had a strong foothold here, and like all forces, it was not only positive, but sometimes unfortunately destructive. However it was powerful and the old slaughterhouse now houses a school and a company that produces culture. You can think what you like about it, but it is undoubtedly typical of Umeå.

Refused were prominent figures who designed parts of the future in their song "Shape of punk to come". Insightful and loud, they have protested around the world, inspiring change.

Norms are generally scrutinized in Umeå. We like to question, even those who question.

We simply don't have the highest regard for the status quo.

Already in the 90’s the world's best football women had enough of discrimination and mansplaining. Enter: equal training times. Men aged 13-90 were very offended, but girls and women all over the world were encouraged and felt “the pepp”. Perhaps one of those girls was Ida Östensson, who later started, sequentially; You Skate Girl and Make Equal, and enforced a swedish law for sexual consent in the meantime.

We are not the best at sustainability. Yet. Being ”Climate city of the year” 2016 and 2017 is not enough. Therefore we´ve gathered ”our best and brightest” in av wide collaboration called North Sweden Cleantech – with a common focus towards green technology.

And every day, lots of new knowledge is created at the two universities. 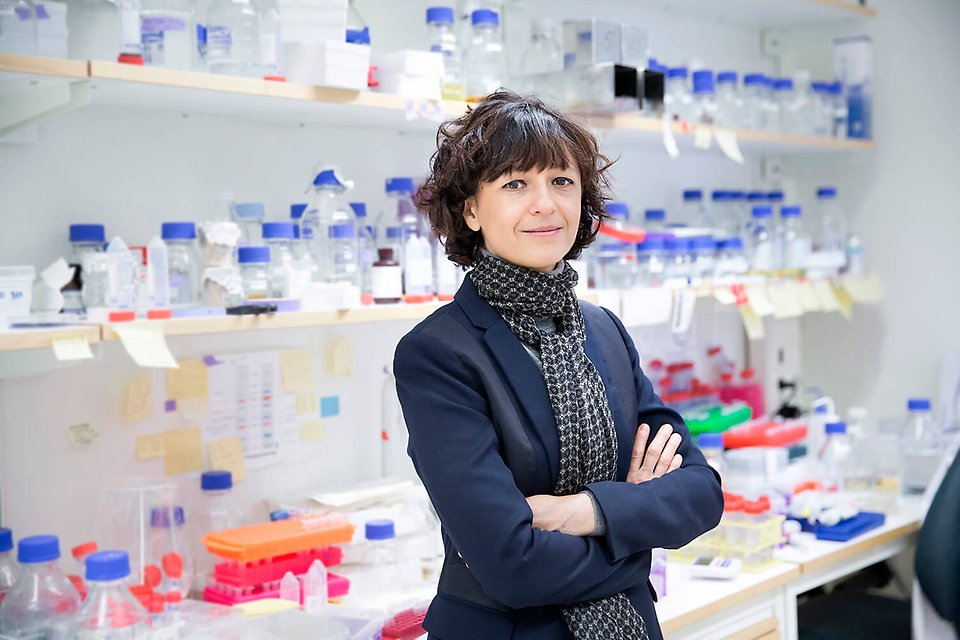 In 2013, Emmanuelle Charpentier understood that she was on to something. And if you want to win the Nobel Prize seven years later, the discovery must of course be called something. Emmanuelle chose to imitate the sound her footsteps made during long walks in Umeå's winter landscape, creaking, step by step… ”CRISPR… CAS…” Emmanuelle also took inspiration from the atmosphere inside Umeå University, and today she´s an influence on evolution itself with this gene editing technique.

But, the whole town is an influencer. An inspirer. A changemaker. Become one you too! Grab something you think should work better and find someone to fix it with. There are currently 130,000 other Umeå residents to ask. Believe us, they will listen to what you have to say. That's how we are, and we have documents to prove it. We have the highest level of trust in the world, so if someone disses you, it may very well be a recently relocated southerner who still is a bit insecure.

Trust is a crucial ingredient in all development and innovation. Only when we work together can we become even better.

We do not always succeed in utilising the benefits of the network society - sometimes we get stuck in our positions, in digital trenches, instead of actually conducting dialogues and development. But, when we succeed in conversation, then we are at our best. Then we get the effect of each other's experiences, wisdom, knowledge and imagination.

Then we are the Inspiration Society.

It is a formula for success, Umeå's formula. To listen more than to speak, to hold science in high regard, to inspire each other and engage with others, to always keep the exchange at the center and mobilise movements, large and small, and create the change we need.

Apart from the fact that this setting makes life both more fun and more interesting, it also works well for the city itself.

Umeå is one of Europe's capitals of culture, we are Sports City of the Year, we are runner-up as European Capital of Innovation, we belong to the most equal cities in the world, we are ranked highest by the EU in the Social Progress index and we are a role model and a lighthouse city for sustainable cities and smart solutions in Europe.

We know that many of us have contributed to creating the Umeå we have today.

And that we need to be many more to continue to develop.

In other words, you are warmly welcomed. And important.