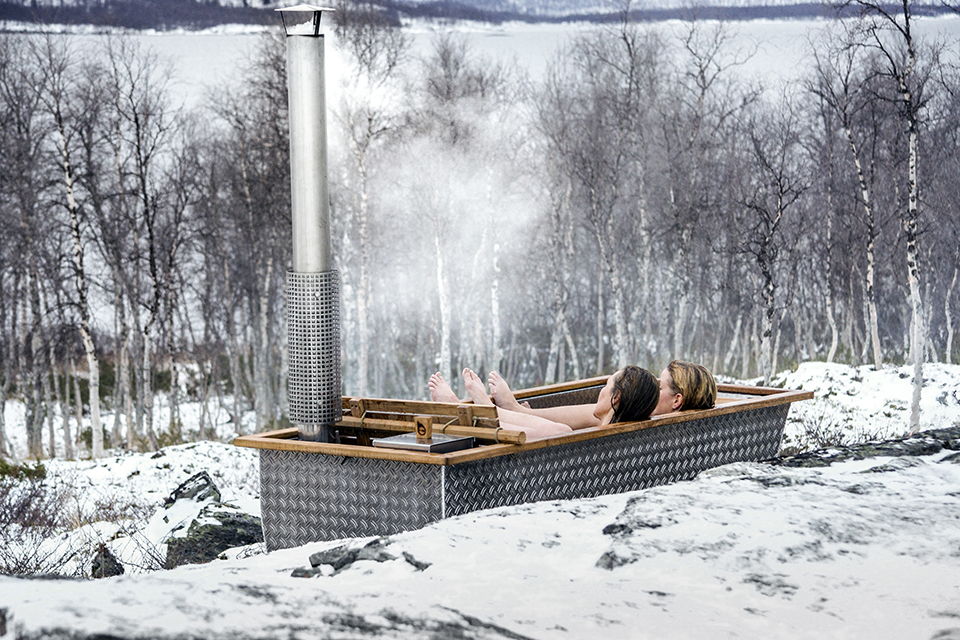 It started with a tent sauna for mountain huts in a roadless land. Then artist Per Enoksson lit a fire underneath a bathtub in the great wide open. Soon therafter, his brand Hikki was born, with focus on products for bathing, relaxing, recreation and outdoor cooking. Today, people from Japan to the UK enjoy warm plunges in his hot tubs.

It started with a tent sauna for mountain huts in a roadless land. Then artist Per Enoksson lit a fire underneath a bathtub in the great wide open. Soon thereafter, his brand Hikki was born, with focus on products for bathing, relaxing, recreation and outdoor cooking. Today, people from Japan to the UK enjoy warm plunges in his ”Sotiga grytan” and ”Bohemen”.

Hikki's wood-fired baths and stoves are made on the shores of Lake Björkvattnet. After many years in Umeå, Per Enoksson has now set up business near his childhood home of Tärnaby, to where he moved an old timbered house from the previous turn of century and with his own hands rebuilt with a view of open fields, lakes and mountains.

– I wanted back to my roots and it I was enticed by living in a place where we can develop and test our products in the environment that gave rise to the design, says Per Enoksson.

I want Hikki to feel like something small but different, sassy and original.

Growing up with crafting

Raised in a Sámi family and educated at art academies in Oslo, Stockholm and Umeå, he is as home in traditional crafts as in experimental contemporary art.

– Until a few years ago, my parents worked with Sámi handicrafts. My dad mainly carved wood and reindeer antlers and made knives. My mum did painting and textile art, making tapestries as well as leather objects with pewter embroidery. In the Sámi culture, people make a lot of their own utensils, both for casual and formal use. It's been very good for my dexterity to grow up with crafting so close to hand, says Per Enoksson. 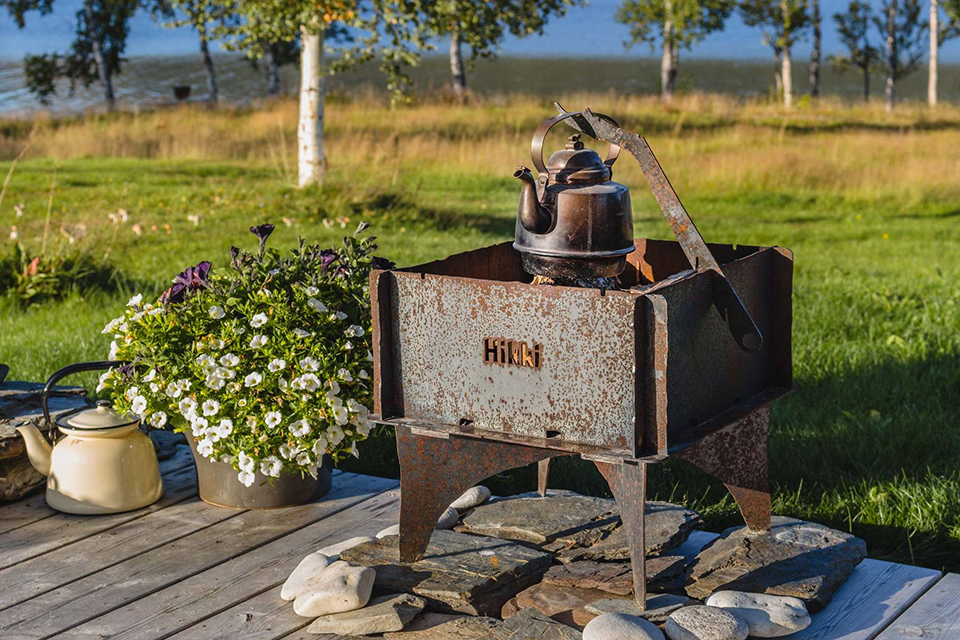 For a long time he worked as an artist, doing painting and sculptural installations, but he felt a growing passion for making things he needed himself. That is where the tent sauna for hikers comes in, along with a whole family of robust and mobile products made to run on an open fire under the stars, preferably by water. Proximity to nature, a campsite and gathering round a fire is a recurring theme in his artistry, and he is currently completing a job for a preschool Skellefteå. The wooden hut has features of the Sámi tipi and is a mix between a building and a sculpture with a fireplace in the middle, where the kids can warm up and listen to stories.

I want to highlight this lifestyle and show what I believe is important today. It's all about gaining better understanding and more respect for our environment. It's also about relaxing, and having time to go within ourselves to really think about our life. Can we create these encounters between people in a way that we stop and reflect on our state of affairs? Then perhaps, we'll test and learn something new, says Per Enoksson.

Since inception nearly ten years ago, Hikki's range has grown. The products are designed in durable materials that age beautifully and with constructions that are easily disassembled for transport, maintenance and reuse. Production is partly in Sweden but mainly in Latvia. Export is soon planned to Australia, America and other countries.

– Japan has a very strong culture around bathing and washing. Many of their baths are situated by hot springs that naturally occur in the country's volcanic landscape. There is an old Japanese legend about a thief who was executed by boiling the poor bastard in a cast iron pot over an open fire. When we exhibited in Japan some years ago, they were very curious about our bathtub ”Sotiga grytan”, which means sooty cauldron, that is heated over an open fire, says Per Enoksson.

The titles tell the stories perfectly

– We have a rich tradition of storytelling here in the area and that's something we always include in our process, how we look at the story and the surroundings. Can a bathtub really be a sooty cauldron? Well yes, in theory you can cook meat and potatoes in it. There must always be an element of absurdity in a title.

The word Hikki doesn't actually exist. It is related to the Finnish word hiki, meaning black. But Per Enoksson gave it the extra k, from the Sámi language's double k.

– I want Hikki to feel like something small but different, sassy and original.

The article was originally published in Form Magazine, 3, 2021.

Visit Hikkis website to learn more about the company, their products and designs.