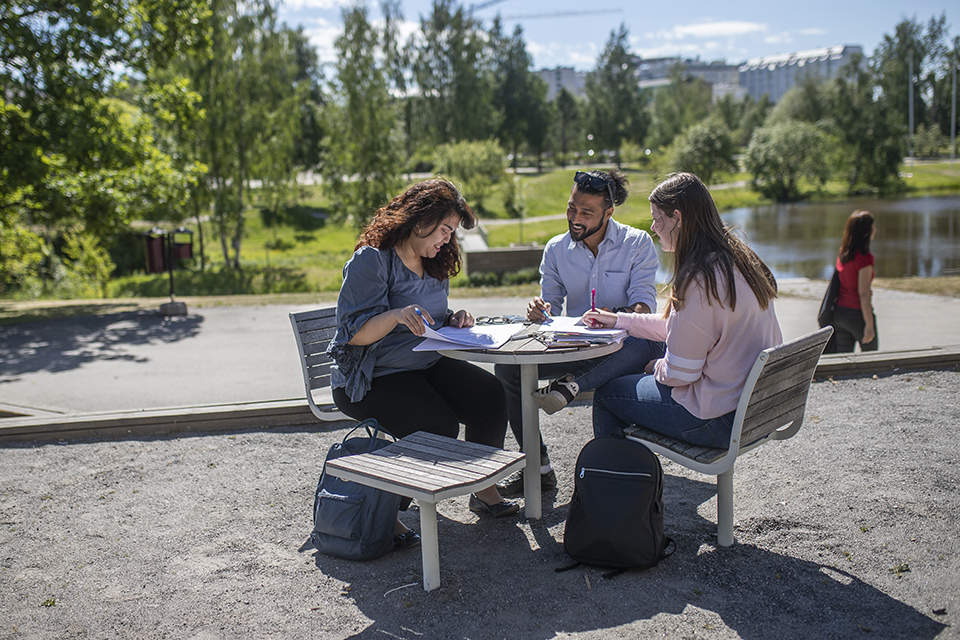 Umeå is a frontrunner in research and academic opportunities. This plays an integral part in shaping the city, which has a young and highly educated population. Enjoy study-life-balance and an umatched interplay between a dynamic urban environment and boundless nature.

There are two universities in Umeå; Umeå University and Swedish University of Agricultural Sciences (SLU). Each year approximately 34000 students from all over the country, and the world studies in Umeå. Umeå University are one of Sweden’s biggest universities, and are a comprehensive university with research spanning over all major scientific areas. Umeå has been the home to Nobel Prize-winning researchers and world-leading research in several areas.

SLU got a small number of students, but houses leading research and are ranked among the best in the world in forestry and agriculture.

uMEÅ AS A STUDENT CITY

Umeå is often described as a place with a big city offering, but in smaller scale. In Umeå, most things is within walking distance, and you can take the bike to the airport. In the winter, it is appreciated that the city’s warming electric buses departs frequently, and to all city districts.

People of Umeå refuses to settle for the status quo and the city is often described as progressive, conscious and equal. Therefore, it is not surprising that the student life features less prominent traditions and rituals than other university cities.

For decades, Umeå has invested more into culture than other cities. This can be seen in the range of festivals, exhibitions, theatre productions and concerts. You will find an intense nightlife both on campus and in the city center. But there is also relaxing nature experiences close by, regardless of city district. A lot of students choose to become members in the Sports Association called IKSU. IKSU has one of the largest training facilities in Europe, and it is connected to the campus area.

Umeå is a fast growing city, which means that there is often competition in the search for housing. Anyone applying for a tenancy should line up early. Some work and effort may be needed, but in Umeå there are many opportunities. Several actors are offering student housing in Umeå, and there are plenty of other alternatives.