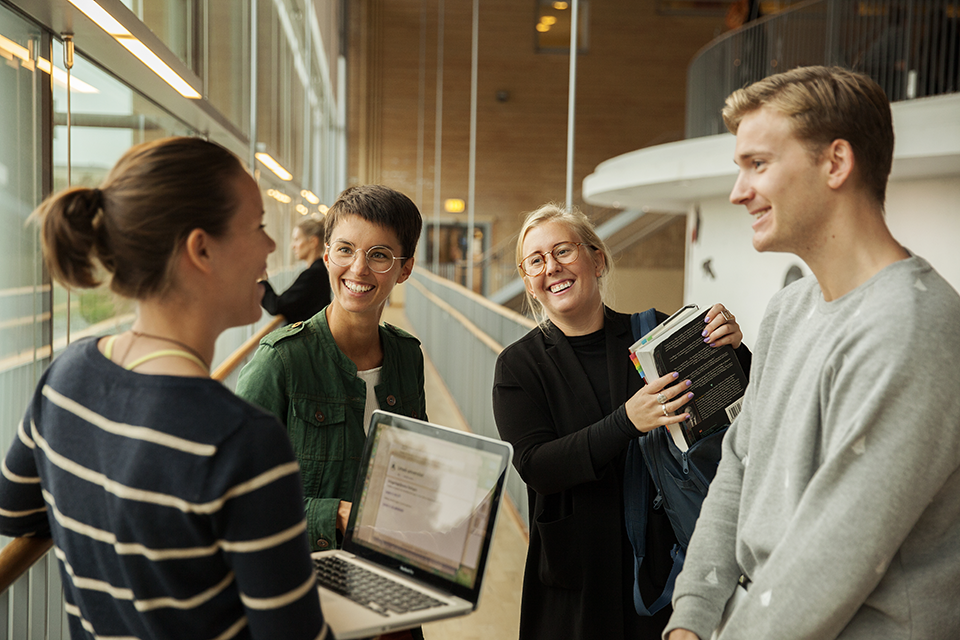 Umeå is a dynamic city for people curious and progressive; and thirsting for knowledge. With its two universities – Umeå connects people from all over the world.

About seven thousand people moves to Umeå each year, and many of them do so to study at one of the two universities. There is about 32 000 students in Umeå and they set the rhythm of the city. A lot of people experience September as a fresh start, as many new Umeå residents tentatively starts to explore the city. Then the city starts to move faster with a lot of events during the winter, all the way to the end of the semester which culminates with the festival Brännbollsyran.

Umeå University is the leading University in northern Sweden, and one of the biggest in the country. They offer an attractive and wide-ranging selection of programs and courses, with great study environments characterized by an open and dynamic culture. The researchers of the university are conducting high-level research in several disciplines, and a lot of them are world leading. Artificial Intelligence, the Arctic, and molecular medicine are some of the University´s strongest research disciplines. It was at Umeå University Emanuelle Charpentier discovered the CRISPR-Cas9 technology, and was rewarded with the Nobel Prize in chemistry in 2020. Umeå University has about 4000 employees and about 30 000 enrolled students.

The SLU got three major campus areas and educational programs at several places in the country. SLU Umeå are the university´s most northern outpost and are mainly situated at the university campus in Umeå. Here you can study to become a forester or a forest manager. The forestry research in Umeå got a wide range, from molecular level to landscape perspective.

study at SLU in umeå Umeå got two campus areas, Campus Umeå and Umeå Arts Campus. The main part of Umeå´s five faculties and SLU are situated at Campus Umeå. There you will also find IKSU, the biggest training facility in northern Europe, with everything from wall climbing to elite swimming.

Umeå Institute of Design, Umeå School of Architecture, Umeå Academy of Fine Arts and Bildmuseet are situated at Umeå Arts Campus. The art exhibition at Bildmuseet are acclaimed by world leading art critics.

Alumnis are often promoting the mix of urban environments, accessible nature, vibrant night-life and excellent conditions for training – all within biking distance.