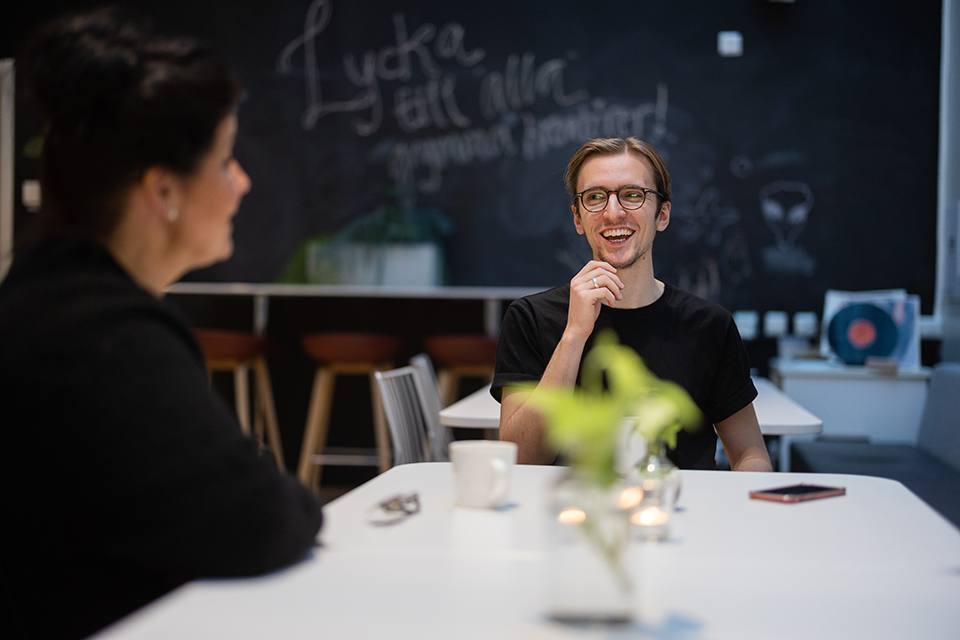 "Umeå has made some really good choices as a city"

Movement is a central theme for Erik Modin, raised in Sundsvall. As an motion designer, he is passionate about making images come to life - and when he talks about his new hometown Umeå, he often returns to the story of a city in constant motion.

2016 was the year when Erik Modin chose to pack his bags and move from Sundsvall to Umeå. An education in digital media production was what made him take the leap of leaving his hometown.

– Actually, it was the city of Umeå itself that attracted as much as the education. I was drawn to both city life and closeness to nature. In Umeå, it felt like I could get both, says Erik.

During his studies, it became clear to Erik what his passion is: To make information come alive - and become beautiful - through moving images. After completing his education, he jumped at the opportunity to develop his interest by starting a company through the business incubator eXpression Umeå.

- I love collaborating with other creative people, and this is the perfect place for that. With many new friends, a newly started company and with good oppertunity to develop my network of contacts, it was a given choice to stay here, he says.

A modern city in the north

Erik percieves Umeå as very alive and full of hope, and he thinks this is largely due to the large flow of young people.

- Above all, I am inspired by all the ambitious and progressive people I meet here. The city feels alert and the feeling is anything but stagnant.

In addition to meetings with other creative people, Erik says that the inspiration for his creations often comes from music - something that is never far away in Umeå where festivals, gigs and various cultural events are an obvious part of everyday life. 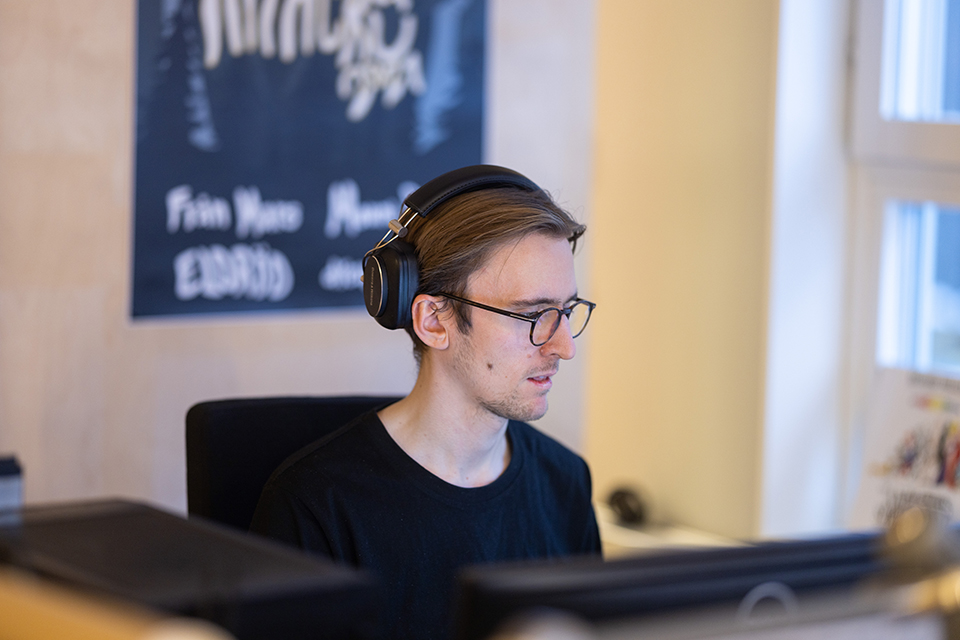 Erik works with animations – an interest he made into a business through eXpression, a business incubator in Umeå. Photo: Fredrik Larsson

- Music activates my thinking, when I hear a good song I see things in front of me, which I then turn into animation.

While Erik believes that the proximity to new impressions is one of Umeå's strengths, he also wants to emphasize that the city's history is constantly present.

- Umeå is a city that does not try to be like any other place, and I like that. I think that Umeå has succeeded with what many other northern cities do not have. It is a modern northern city, with a strong identity and humble approach. A city that protects its cultural heritage and is proud to show it off, he says.

When asked which is his favorite place in Umeå, Erik needs to think for a while.

- Oh, there are so many… But when I get a visit from home Sundsvall, I usually want to show the picture museum, it's a cool place! Another cool place here in Umeå is Arboretum Norr. It is like a garden where lots of tropical plants have been collected to test if they can grow in northern climates. It's really worth a visit.

There is a lot to think about when moving and starting over in a new city. Questions such as where to live are usually the first concern for many. Erik says that, during his time as a student at the University, he used to participate in various student fairs. Then he often encouraged new students to go to Bostaden, Umeå's municipal apartment broker, and register.

It takes half a minute to register at Bostaden, it costs nothing and is a very simple way to secure an apartment, says Erik.

Bostade mediates apartments based on four categories; rental apartment, student housing, youth apartment and senior housing. For those who want to study in Umeå but have not been in the housing queue for that long, it is possible to initially take a room in a student corridor, a traditional form of student housing.

- If you move into a student corridor, you still keep your place in the queue for an apartment.

Erik feels that the system has worked very well for him, and that he knows many people who started off in a corridor room and later moved on to other forms student housing or rental apartments.

Close to a bit of everything

When Erik himself was a new student, he lived in the district Öst på stan, in close proximity to the University, where he lived with a friend in a large and spacious apartment. Öst på stan is a popular district in Umeå, sought after not least by students, with it's closeness to both the University and the city center.

At the same time, Erik believes that which district you live in is not as decisive in Umeå as in many other cities.

- One of the biggest advantages of Umeå is that it is so easy to quickly get from one part of town to another, no matter where you live. It also lowers the threshold for socializing.

Like many other Umeå residents - not least students - Erik usually chooses the bike when he travels through the city. With over 180 km of bike paths, most things are easily within reach.

- For example, if I had chosen to move to a larger city like Stockholm or Gothenburg, it probably would not have been as easy. I think Umeå is a perfectly sized city. Big enough to offer something for everyone and at the same time with the close-knit student life I wanted, with a centralized campus and a large community. 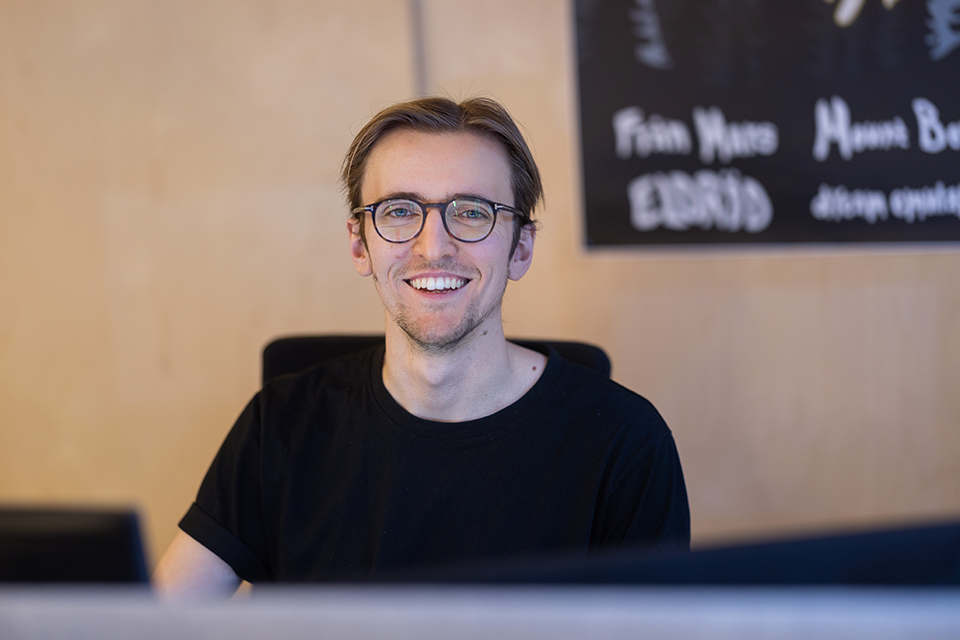 Current employment: Works as an animator in his own company Momotion