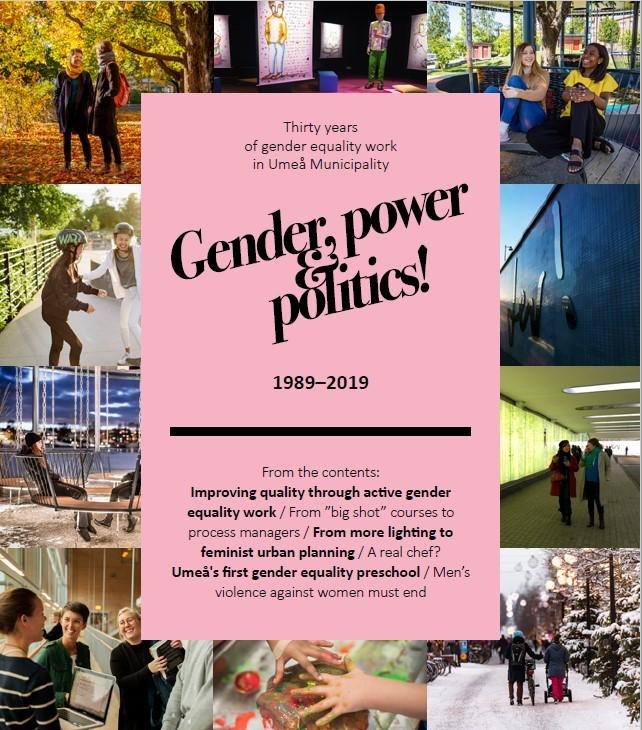 Umeå Municipality has for a long time worked with gender equality issues in a strategic and pioneering way. The work has been carried out both through gender mainstreaming and with specific initiatives to make visible and scrutinise, rephrase problem definitions, and broaden the analysis.

This publication has been published to highlight and draw attention to 30 years of work for a gender equal Umeå. The various texts alternate between historical flashbacks and tangible examples from activities. Umeå has good opportunities to be a gender equal municipality. There is a strong commitment and willingness to challenge and break power structures. Gender equality is an active choice, something that is done. We hope that this story will also inspire further work towards a society free of stereotypes, sexism and homophobia. We want to inspire new and important political decisions to continue building a gender equal society.

Read more about the gender equality work in Umeå Municipality